I spend lots of time indoors in my art studio painting away the hours. 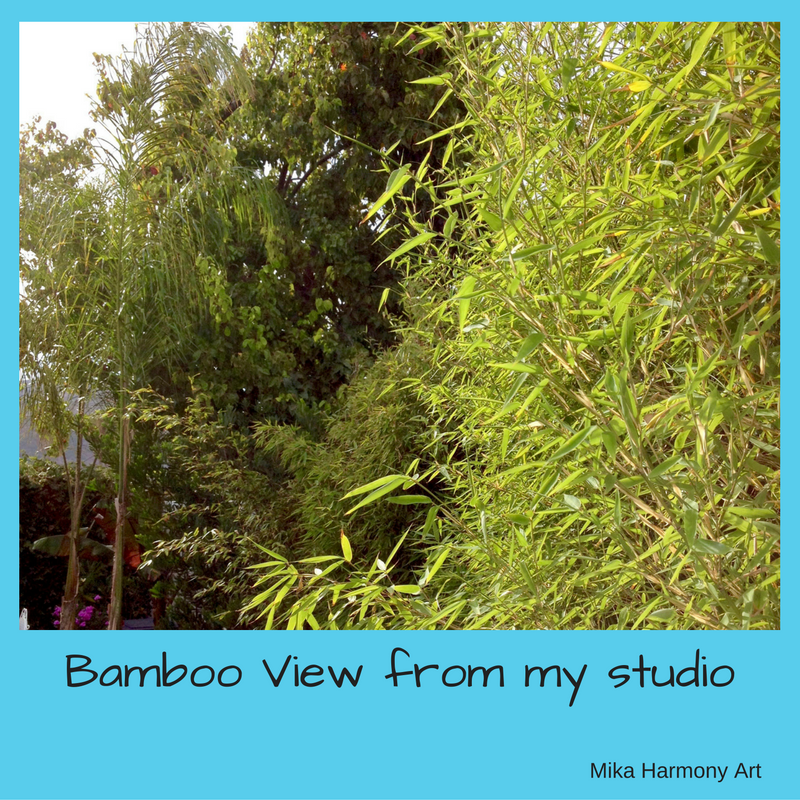 I am lucky enough to work in such a beautiful studio with a view of my bamboo and bird forest that I forget I am indoors.

My partner Niko gratefully does not forget this, and so we often embark on a little staycation journey to get out and explore which also allows me to gain new inspiration for my artwork.

We just visited the Santa Barbara Museum of Natural History intending to see their T-Rex fossil (we missed it by a week!) and discovered an annual Art Walk happening instead.

After a cruise through to check out the art booths (and a new porcelain dish I just scored which will show up in my studio soon!) plus my first-ever visit to the Planetarium, we decided on lunch. I decided on a cookie, my smart fella chose lunch.

Carrying our food out to sit under the oak trees amidst all the other artists and their wares (“wares” sounds fancier than saying “stuff”), we found a big round table with two seats filled and four seats empty.

The two seats were taken by a darling couple who have been married for 59 years and they graciously invited us to sit and join them. As I am extending my hand out to introduce myself, I let out a gasp (yes, truly…a gasp….I am a sigher and a gasper).

Here’s why:
This gal. 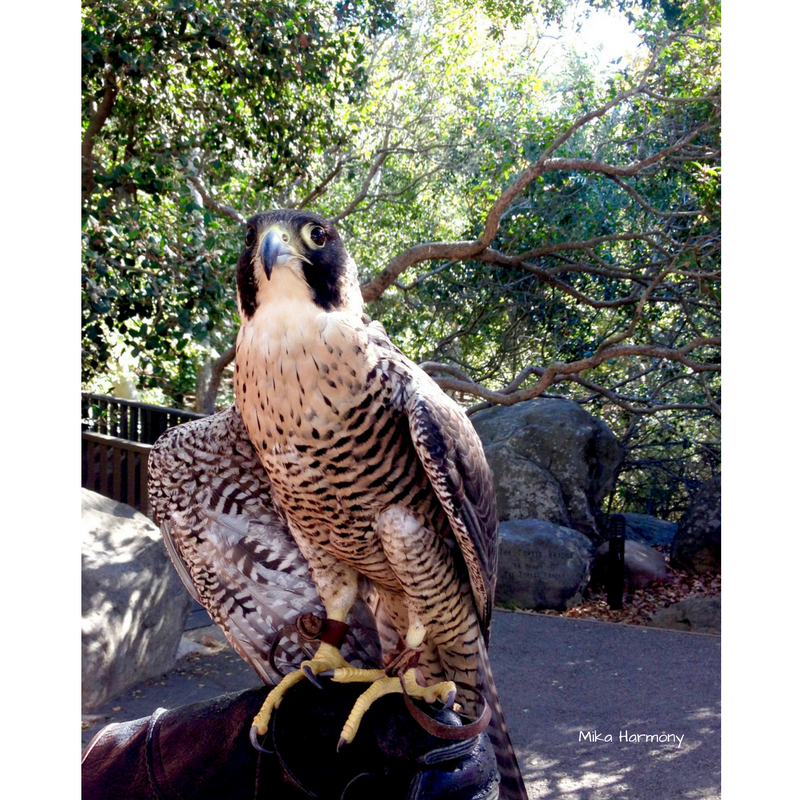 A Peregrine falcon being displayed by her expert handler from Eyes In The Sky. You see, I was surprised. I had been planning on seeing a dinosaur skeleton and instead was gifted with real live birds. This falcon is named Kisa.

The Peregrine falcon is one of the world’s fastest birds and such a regal raptor. I couldn’t believe my luck and was feeling so giddy happy.

I am a bird freak. I don’t know any other way to express it. I will stop in my tracks to admire a Black Phoebe, Mourning Dove or a hummingbird or anything else with wings (I just named three to impress you with my minimal knowledge).

So what do I do? Take a selfie with her, of course. 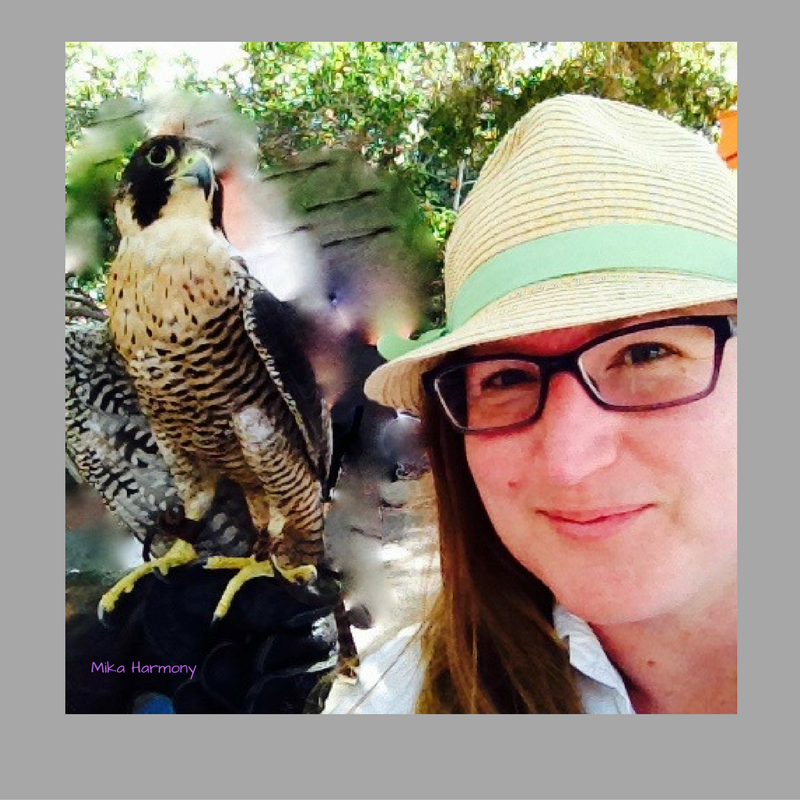 (Yes, I retouched the photo -quickly-  to remove the guy behind me staring at me for being such a dork)

After taking a raptor selfie with Kisa and proudly looking like a goofball, I realized there were MORE birds (hence the giddy happy). 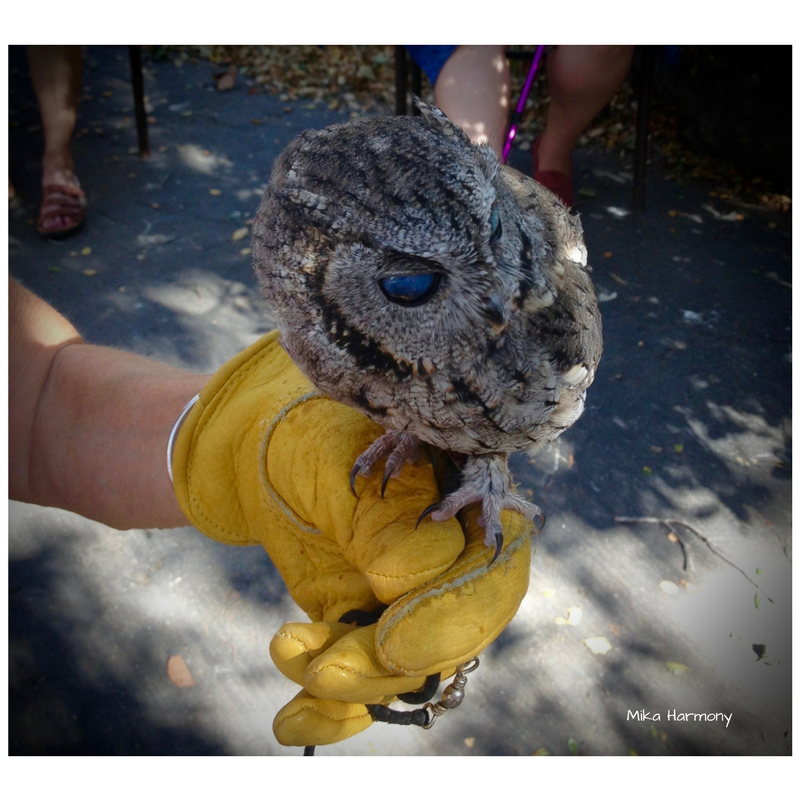 Here’s an important question for you: Have you ever wished you were someone else?

I try not to, but on this day I wished I was Marguerite.  She was handling Athena, the GORGEOUS Barn Owl. 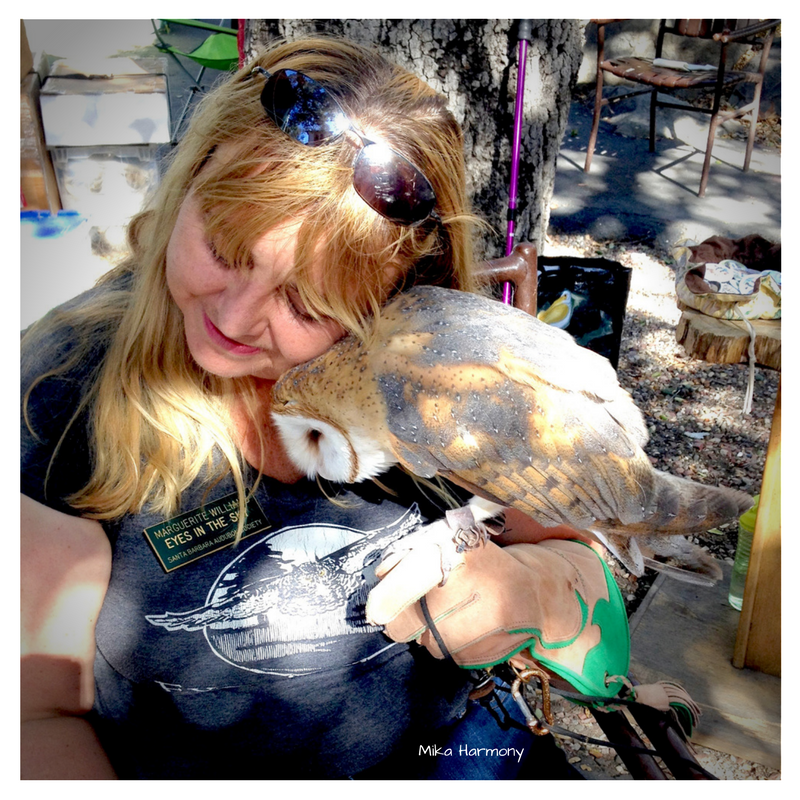 (Wouldn’t you want to have this tender moment with an OWL??! I will answer for you, yes. Yes you would)

I was so impressed with the gentle, thoughtful nature of these amazing volunteers at Eyes in the Sky; they were so patient answering questions and being so in tune with their birds.  It was such a joy to see.

Eyes in the Sky (from their website) “has been Santa Barbara Audubon’s key wildlife education program since 2000. It features seven birds of prey that serve as education ambassadors. All were rescued and rehabilitated but, due to permanent disabilities, can no longer survive in the wild…read more here”

Do you want to meet these birds, and more, too?  Then you MUST make a plan to attend the Annual Eyes of the Sky Open House on October 16th.  More info can be found HERE.

Perhaps you will also be there finding inspiration for creativity and will create your own piece of art, or take a goofy selfie like me! (and if you do, you HAVE to share it with me! 😉

Here are a few of my original artworks inspired by my outings: 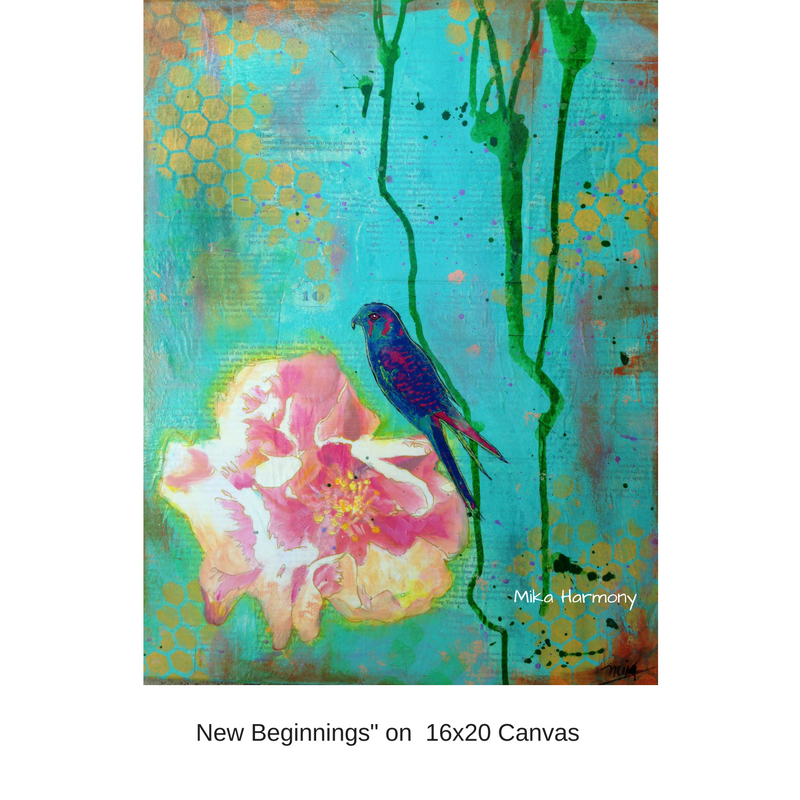 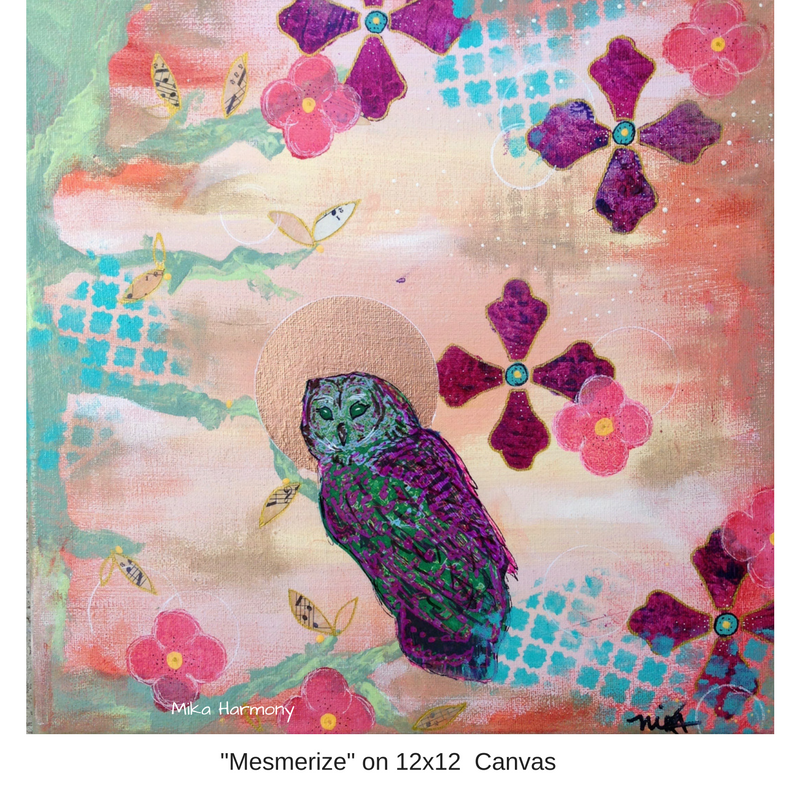 This site uses Akismet to reduce spam. Learn how your comment data is processed.

Sign up for our email newsletter for free digital downloads, art show info and more cool stuff like that. Newsletters sent out 3 x's a month!

We're not around right now. But you can send us an email and we'll get back to you, asap.